To share your memory on the wall of Rita Engelhardt, sign in using one of the following options:

Rita always enjoyed crafts such as traditional rug hooking, gardening, ceramics, sewing and making Halloween costumes. She will be especially remembered for hosting ginger-bread-house building parties for her grandchildren and their friends. She enjoyed family camping, skiing vacations and international travel tours through the Mayo Clinic Travel Club. Rita was active in PEO, Ikebana, and Shepard of the Hills United Methodist Church of Sun City West, AZ.

Rita will be laid to rest at Oak Hill Cemetery in Rochester, Minnesota. No services are scheduled at this time.
Read Less

Receive notifications about information and event scheduling for Rita

We encourage you to share your most beloved memories of Rita here, so that the family and other loved ones can always see it. You can upload cherished photographs, or share your favorite stories, and can even comment on those shared by others.

Posted Nov 29, 2020 at 12:00pm
Daryl and Jeff and family,
I'm sorry to hear about Rita. Mark and I talked about your family the other day when a discussion about covid vaccine turned to polio vaccine... and Rita and your family. What resilience she had. What a good life she led. My siblings remember our experiences growing up as kids and remember them fondly. Our deepest sympathy to you and your family.
The Eifert's
Sue, Steve, Mark, Sharon, Todd and Jim
Comment Share
Share via:
MK

Posted Nov 21, 2020 at 09:56am
Dear Daryl and Jeff,
I was saddened to read of Rita's passing in the Rochester Post Bulletin this morning. I was flooded with memories of your family and in particular the wonderful partnership efforts of my Dad and you, Daryl. What an amazing partnership you had which worked so well for so many years. I wish you well with all of the needed adjustments.
Daryl, you may enjoy knowing that the extension ladder, that you and dad haggled into the deal when you bought the "Fairview" apartments, is still hanging in my garage. I still use it from time to time.
Just thinking of you today,
Mark Kieffer
507-259-1379
2508 Silver Pine Lane SE
Rochester, MN 55904 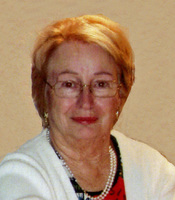